The Church's "Theory of Everything"

In theoretical physics, the quest for a so-called Theory of Everything has been the Holy Grail for many. The attempt to unify general relativity and quantum field theory has proved elusive and even divisive, as many physicists argue against the idea that there ever could be a unified Theory of Everything. Nevertheless, the quest continues for some grand unifying principle in the universe in its disparate, often mysterious components. [Any theoretical physics buffs will pardon the extreme oversimplification, merely for the sake of a jumping off point.]

In Jesus’ high priestly prayer (John 17), it is nothing other than participation in the life and love of the Father and Son (in the power of the Spirit, as Jesus has just explained in chapters 15 and 16) that is the binding characteristic--indeed, the very life and purpose--of the church.

This unifying principle is the hallmark of the communion, the consecration, and the commission of the church. 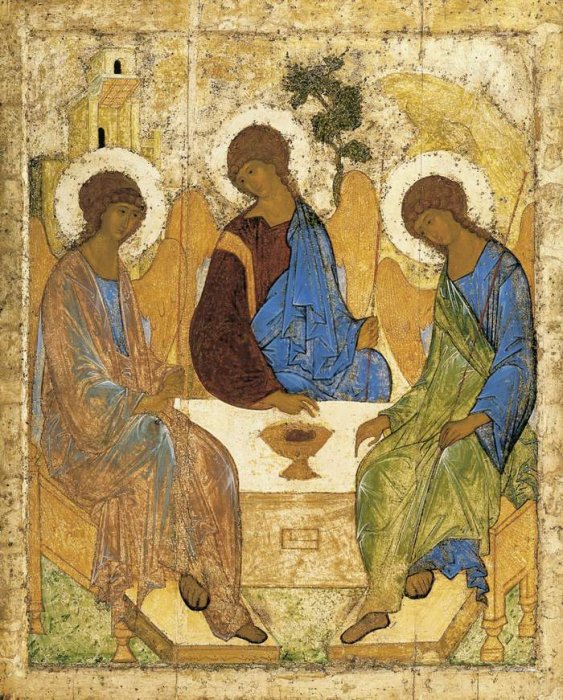 The church is not consecrated to doctrines or denominational identity. This has been a grand failure of the church across its history, setting itself apart for the sake of uplifting some point of dogma or some denominational characteristic. The church is consecrated to the life of and with the Trinity, nothing else or less. This is the source of holiness—participation in the divine nature. We are set apart to knowledge of, and conformity to, the image of God as revealed in Christ. And it is the Spirit who works this in us, applying Christ’s death and life in us as we shine with unveiled face from one degree of glory to another. This is holiness

The church is not commissioned to make members or adherents. The church’s commission is to show forth the life and love of the Triune God as revealed in Jesus. The unity of the Trinity is a lesson in its love. And the unity of the church in the Trinity teaches that lesson of love to a watching and waiting world. The church’s commission is to be full participants in the Trinitarian life as revealed in Jesus Christ—to make disciples of all nations, baptizing them in the name of the Father and the Son and the Holy Spirit, and teaching them to obey all that Jesus has commanded (Mt. 28:19-20). Jesus’ Great Commission is to accept and extend the invitation to full immersion in the life and practices of the Trinity…that’s it.

And so it is that every area, every nook and cranny of the church’s life should be permeated by this unifying principle—the Trinity. Right doctrine is valuable, vital even. Denominational identity is helpful (to the extent that it brings clarity and not clouds). Matters and models of church life and leadership have their place, though it is at the bottom of the list so as not to be too disruptive as such fads come and go.

Sadly, such things are typically at the top of any pastor and church’s list, receiving laser focus to the exclusion of most else. And this is the reason for so much division and cancerous destruction in Christ’s body, the church, flying in the face of his high priestly prayer.

A popular quote by Irenaeus, writing in the 2nd century, says, “The glory of God is living man [i.e. humanity fully alive]…” (Against Heresies IV, 20:7). The context of these words, appropriately, is a discussion of the interrelation of the divine Son and Father, and the inclusion of humanity in that relationship. As Jesus articulated in his beautiful prayer, “This is eternal life: that they know you [Father], the only true God, and Jesus Christ whom you have sent…so that they may be brought to complete unity…in order that the love you have for me may be in them and that I myself may be in them” (John 17:3, 23, 26).

There is no life, no glory, no unity apart from this. All life, all glory, all unity is found in the Trinity. There is no purpose for the church apart from this. The unwillingness of the church to focus all its efforts, to find its sole identity, in this unifying principle is the reason for its ineffectiveness in the world. The love--and I do not use that word lightly--that the world so desperately needs, and that the church’s grand task is to live and show, is found here…only here.