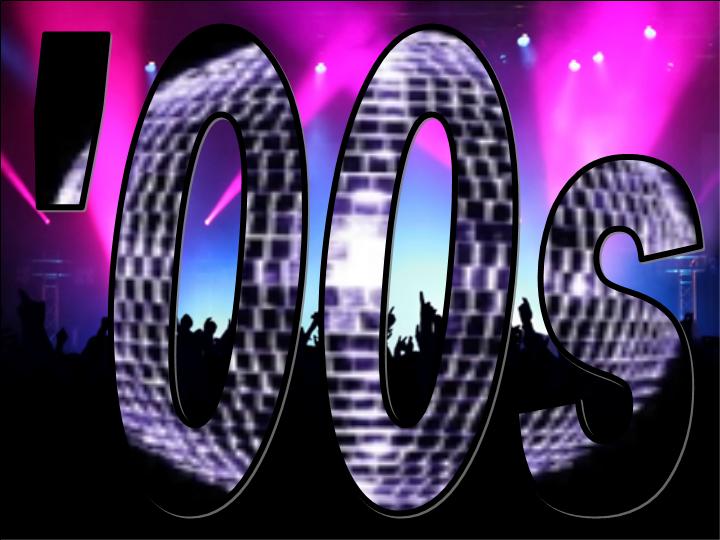 Okay. As of today here is my "Best/Top" list for the Noughties--the decade of 2000-2009. There's 7 of each because it's more than 5 and less than 10, as well as being biblical and all, and they're not in a particular order. I didn't put comments on each one because these aren't reviews, and all really should be experienced more than talked about. Some criteria include media I actually consumed (never got into Lost or saw City of God, for example, so such things were off the table), cultural relevance (so none of my especially weird, obscure stuff) and, of course, artistic merit (sorry Britney Spears, though "Toxic" was pretty brilliant). I especially tried to include stuff that, looking back, had strong ties to the decade that was, whether starting trends or voicing a zeitgeist. Check it out, laud or bash away, expand your horizons, add your questions, comments, or snide remarks. And Happy 2010!


All That You Can't Leave Behind (U2)--After a decade (90s) ending with boy bands and pop-tarts, U2 came along and saved rock n' roll.

O Brother, Where Art Thou? Soundtrack (Various)--Gave attention to the genius of T-Bone Burnett and opened a huge window for a revival of roots music, seen in the new folk and bluegrass-influenced bands.

A Rush of Blood to the Head (Coldplay)--The Coldplay people were remembering when they were lauding Viva la Vida. Had they kept in this direction, it wouldn't have become fashionable to hate Coldplay.

The Rising (Bruce Springsteen)--What we needed after 9/11. What we still need.


"Hey Ya!" (Outkast)--Irresistible dance/pop/hip-hop/funk in the tradition of Pariliament/Funkadelic. You know you loved to "shake it...shake-sh-shake it like a Polaroid picture"!

"Clocks" (Coldplay)--The song that was on every TV commercial and was copied by so many other bands...and for good reason.

"Paper Planes" (M.I.A.)--Stirred up all kinds of trouble in a kicky, pop way.

"Beautiful Day" (U2)--Because there were few better comments on the times than the images of tuna fleets, Bedouin fires, and oil fields juxtaposed with the bird with a leaf in her mouth and the post-flood rainbow.


The Lord of the Rings (trilogy)

No Country for Old Men

Juno--Heralding a fresh era of fresh indie filmmaking, movies like this one and Little Miss Sunshine are examples that sharp writing in the hands of strong actors and directors all telling an honest story can still result in classic films. And a superb soundtrack doesn't hurt, either.

Knocked Up--The best (so far) of the Apatow company and their heartwarming, offensive, immoral morality plays.

Kill Bill Vols. 1 & 2--If there's any doubt that Tarantino is the best of his generation, these perfections of the spaghetti western/samurai genre should put them to rest. Just give the man a genre and he'll master it.

Curb Your Enthusiasm--You only thought Seinfeld was over. It just moved to HBO and got better!

The Daily Show with John Stewart--What sharper commentary can there be on our times than the fact that truth in media is found on a "fake" news show.

Arrested Development--Because I couldn't quite get The Royal Tennenbaums on my best movies list. This show was ahead of its time and would likely be a hit if debuting today.

Consider the Lobster and Other Essays (David Foster Wallace)--A writer's-writer, including depression and suicide, Wallace's use of our native tongue is like discovering a strange city under the floorboards of your kitchen.

Fortress of Solitude (Jonathan Lethem)--Though separated by so many elements, I experienced and witnessed so much of this Brooklyn story in small-town Texas. This is a mark of powerful story-telling.

The Road (Cormac McCarthy)--Social commentary, a father-son parable, and running from cannibals all in one alarmingly lean novel.

clocks by coldplay is nice..it's nice to see to be part of this list