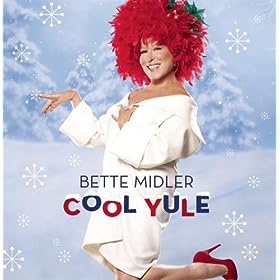 "You've GOT to be kidding!" I yelled to my car radio the other morning. My surfing had stopped at the all-Christmas station to hear the great wall-of-sound "Christmas (Baby, Please Come Home)" by the Ronettes--Phil Spector may be an insane murder, but he is one hell of a producer. My head still bobbing as the song faded out, it took me a minute to realize what was happening next.

Just as my finger was reaching to get away from Bette Midler's "From a Distance," I thought, "Wait a minute! This station's playing all Christmas music. Are they considering this song a Christmas song?" And then I heard sleigh bells in the mix. And then references to "Silent Night" and other Christmas staples. "What the hell? They're trying to turn this awful song into an even more awful Christmas song? You've GOT to be kidding!"

I've always hated that song. Not only because of the extreme schmaltz, but because the message is horrible--the idea that God is watching us from a distance. Not only is it depressing and Deist, it's just plain creepy. But to turn it into a Christmas song is outright blasphemous. It's one thing if someone wants to sing about generic "holidays" or Winter and snow. It's altogether different when someone tries to make an actual Christmas song that pretty much denies the Incarnation--the whole point of Christmas--by saying, not that the Divine became flesh and dwelt among us, but that God is only passively watching us...from a distance. Sad, sad, sad...

Okay, rant over. I want to know what non-Christmas songs would make good Christmas/Seasonal songs. They could make a deep statement--Dylan's "The Times, They Are a-Changin'" or U2's "Beautiful Day"--or they could just be fun--Randy Newman's "Short People" sung to an elf, Marilyn Monroe's "Diamonds Are a Girl's Best Friend" etc. The lyrics may need some seasonal tweaking, but it shouldn't need a total re-write. This is a chance to exercise some creativity, so let's share some meaningful or silly ideas.
at December 12, 2008

I don't know if I have a good one, but I was thinking that Queen's "I want to break free" would make a good evangelical praise song.

This is hilarious! The picture alone made me think of THE DEVIL WEAR PRADA..on Christmas Eve!

One that comes close (for me) to a seeker looking for the Incarnation is "What if God Was One of Us?" by Joan Osborne.