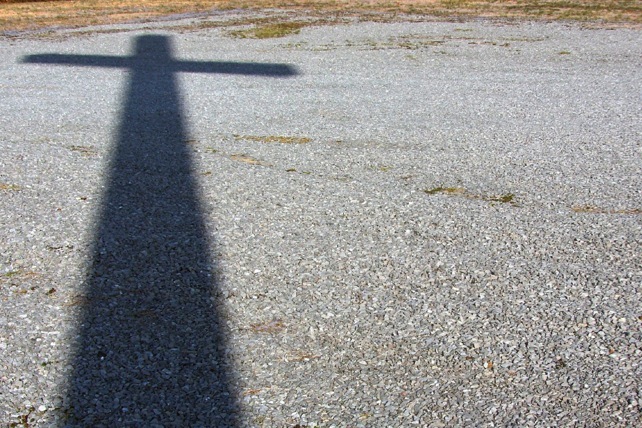 I'm haunted by the way of the cross. The shadow of the cross falls on my path, a path I hope will be sunny and covered with moss and flowers. Instead, it is often rocky and unclear. And there's that shadow.

I still am often confused by the way of the cross, that God incarnate, hanging on a cross, is somehow the Good News. I don't believe the cross alone is necessarily the Good News. The Incarnation, the message and ministry of the kingdom and, of course, the resurrection are all part of the Good News story. But right there smack in the middle is that cross.

But I look down that path--in places sunny and flowery, but often so covered with weeds and stickers as to be almost utterly obscured--and I see that long shadow. And I look behind to see the cross as something 2000 years in the past, only to see the cross on my own back, casting its shadow on every step of my journey.
at July 19, 2012 No comments: